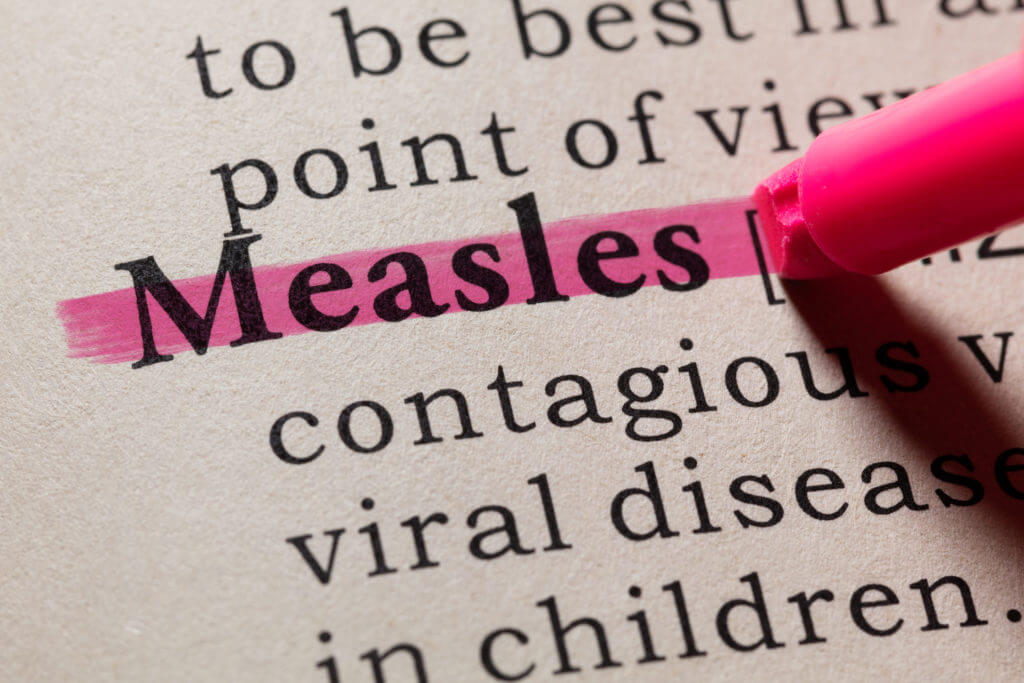 Not so long ago, diseases such as polio, German measles (aka rubella), and tuberculosis were mostly considered past-tense in the US. However, once dormant diseases are once again making headlines, most sensationally measles. Why, when prevention is better than ever thanks to safe and highly effective vaccines, is our nation facing this health threat? Here’s why measles has become something you should be concerned about, and what you can do to protect yourself and your loved ones from contracting this totally preventable illness.

Measles by the Numbers

According to the Centers for Disease Control (CDC), more individual cases of measles have been reported in 2019 than in any year since 2000, when the CDC declared measles eliminated. In fact, the first three quarters of 2019 saw a more than 300 percent increase over 2018 of reported cases nationwide. Even though Montgomery County Public Schools (MCPS) requires students to have proof of the vaccination that prevents measles (it’s called MMR and is good for measles, mumps, and rubella), Maryland does allow for medical and religious exemptions. However, pediatricians and school officials report that vaccination rates remain high, although MCPS has noticed a slight decline in vaccinations for incoming kindergarteners.

There is only one way to contract measles, and that is to not be protected against it. The fact is, with an estimated 10 million people worldwide contracting – and about 110,000 dying from – measles each year, the odds of exposure are not as low as one might think.

Is the Anti-Vax Movement to Blame?

While countless legitimate studies continue to demonstrate that there is no concrete evidence that vaccinations cause autism or any other medical conditions, “anti-vax” parents, celebrities, and civic leaders would beg you to believe otherwise. (Their “data” are based on a mid-1990s report published in the British medical journal, Lancet. The article has since been debunked as being based on fraudulent research.)

How Not to Be a Statistic

According to the CDC, those who were born before 1957, had the complete series of measles vaccines, or who had the disease are considered immune. Besides those who are not vaccinated, those at risk of contracting the disease include anyone with a compromised immune system, particularly pregnant women and infants.

The best way to not contract measles is to be vaccinated. If you believe you might have been exposed to measles and are not protected, speak to your doctor about post-exposure care, particularly, about receiving immune globulin within six days of exposure.

Personalized Preventive Care in the DMV

For those living in the DMV, there are alternatives to traditional medical practices. The physicians at Rockville Concierge Doctors provide personalized, patient-centered care for acute and chronic conditions, as well as preventive care for individuals and families for a lifetime of good health. Want to learn more about what Bethesda magazine recently named as the area’s best primary care practice? Request a complimentary consultation today, or call us at (301) 545-1811. At Rockville Concierge Doctors, you are not a number – you are family – and we look forward to getting to know you for a lifetime of good health.